I was going to post about my holiday but it was the wave of light tonight and that is far more important. This week has been baby loss awareness week. I am going to discuss miscarriage, so if you are in a vulnerable place yourself or are pregnant and do not want to read about this (which I understand as I certainly didn’t when I was pregnant with Joanie) please don’t I totally understand. I have lit my candle for the ‘wave of light’ and I will share some of my story.

It turns out one in four people suffer miscarriages; now I can totally believe it, people open up to you once you tell them you have lost a baby. I know so many women who have lost babies, people I never knew had until I had lost mine. I’m sharing this for all of the ladies I know and don’t know, who have gone through this, to raise awareness for all the little people who aren’t with us here today. I always think of the things that our son could have done with his life, it’s devastating that he is gone and it is devastating that so many little lives leave us too soon. After you’ve read this please have a look at the miscarriage association or check out their Facebook page. Maybe even consider making a donation to my favourite charities: SANDS, SIMBA and aching arms.

This is the third instalment of my ‘What is Normal for a Miscarriage’:

I have started introducing myself as ‘I’ve had a miscarriage’ to stop people pointing out that I am fat. Perhaps this is morbid but I don’t really care, plus they look incredibly embarrassed after saying, “your bumps growing”, for me to then reply “I’m not pregnant any more”. After introducing myself I usually start bawling my eyes out so I’m not really sure which is worse. I must admit it is incredible deceptive to still have a bump, sometimes even I think I am still pregnant, which is silly because I’m not. One thing I have found is that Primark leggings are making me look less pregnant (only the baggy ones, tight ones make me look horrendous like a swollen hippo).

I have had to introduce myself to so many people recently I’m starting to feel famous. I thought that when this happened to me I would want to lock myself away from the world, close the curtains and listen to Simon and Garfunkel’s ‘sound of silence’ on repeat. But I don’t (well I do listen to Simon and Garfunkel). Throughout this week I have been visited by a bereavement midwife and my midwife from when I was pregnant, I do feel like this helps, both are all kinds of helpful, they answer questions non judgmentally and go above and beyond their post, my bereavement midwife even offered to take my sick note to work for me. My husband on the other hand looks incredibly fed up of the streams of people, he would rather not be there when they arrive, I make him (even though I feel mean). He mainly wants to lock himself away, not talk about it unless he’s asked about it, I think this is a man thing. I have learnt how he copes with things, I know when to worry about him.

Anyway health professionals I have seen this week so far include my midwives and my doctor. This was mainly over two days (a lot of people in two days). All of them have had totally different advice, my poor GP panicked when I spoke to him. He insisted on apologizing about twenty times before stating that I might not be able to carry babies, and then continued to apologize another twenty times while trying to get out of the hole he just dug himself. Luckily I can see the funny side to most things, and I didn’t take much offense. Until later when I had convinced myself that I was a barren dried up old lady with no hope (luckily my husband talked some sense into me).

Lesson number seven: Doctors don’t always know what to say or do in sensitive situations (though after working with them for a while now I had already figured this out)

Both my bereavement midwife and midwife were much more helpful. I cried a lot with my midwife, mainly about the little things that really hurt, like the cot that was up in our bedroom (my poor husband had to put this away). One thing I really struggle with is looking at his scan photographs, it hurts to see that at one point he was ok, alive and well. By the time my bereavement midwife came round I felt a lot less teary (mainly because I think I had ran out of fluids).

Lesson number eight: It’s ok to cry a lot apparently (even if it is over stupid things like chicken in the fridge)

One thing I do not want to forget is how amazing it felt while I was pregnant. Now I know I’m no longer pregnant and I’m not going to pretend I am, I just don’t want to forget how I felt at that moment in my life when I had my baby with me.

Life isn’t fair I have just sat and read all the #waveoflight stories on Instagram and now I’m crying my eyes out. I’m so sorry that all of you lovelies have had to go through this. I wish not one of you had. I would still do anything to hear my son cry. I am lucky as I have my beautiful rainbow baby, but one baby does not replace another. My daughter has a brother, she is not a replacement for him. One thing that still makes me sad about miscarriage is how many people think that she is. 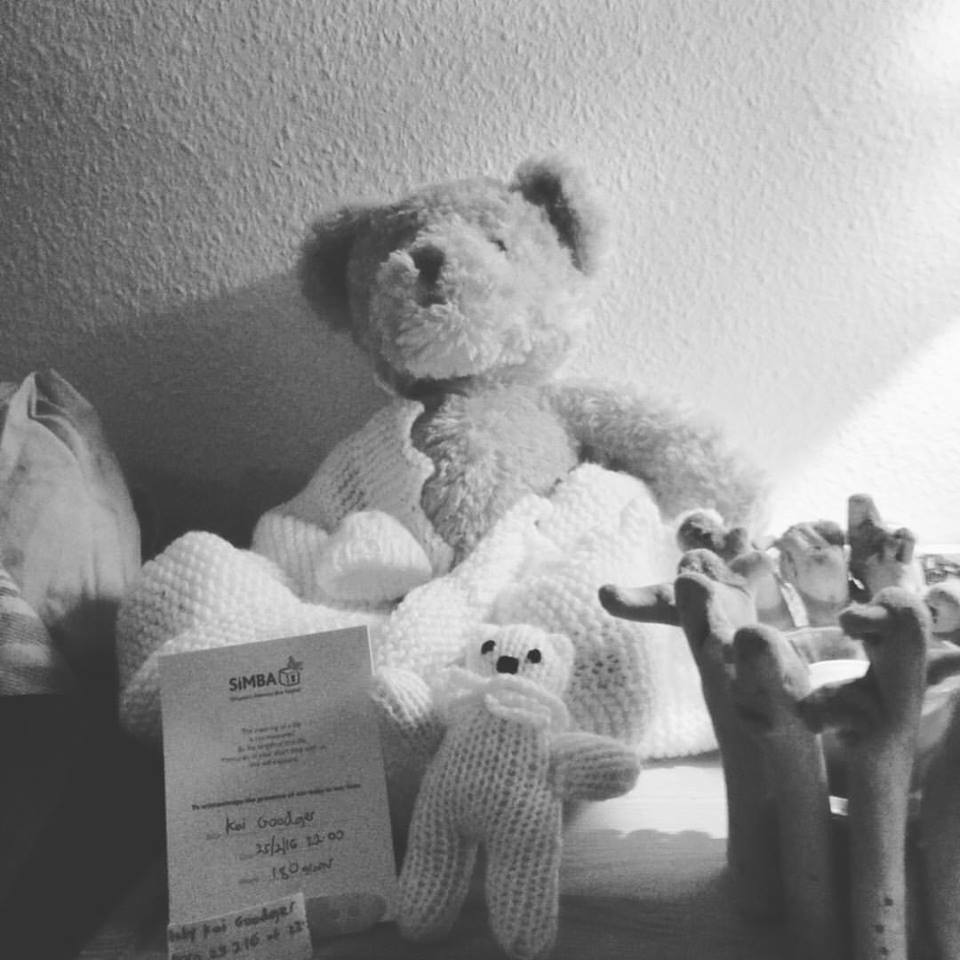